Regular conductive materials conduct electricity, but a lot of that energy is lost during transmission. Superconductors can handle much higher currents per square centimeter and lose virtually no energy through transmission. 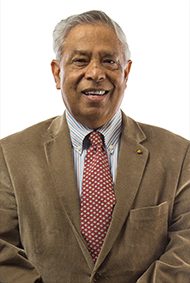 THE US PATENT OFFICE GRANTED A LANDMARK PATENT (# 11,189,774, NOVEMBER 30, 2021) ON HIGH-TEMPERATURE CARBON-BASED SUPERCONDUCTOR: B-DOPED Q-CARBON. This US Patent was granted to Professor Jagdish Narayan of North Carolina State University for inventing novel B-doped Q-carbon materials with record BCS superconducting transition temperatures of 37K, 55K and >100K in QB1, QB2, and QB3 allotropes (new phases), respectively. The boron concentration varied from 17at% in QB1 to 25at% in QB2 to 50at% in QB3 phases of new materials. This discovery eclipses the current BCS record of 39K in MgB2. The previous record for superconductivity in boron-doped diamond was 11 Kelvin, or -439.60 degrees Fahrenheit. This discovery on record BCS superconductivity also received 2018 R&D-100 Award, widely recognized as “Oscars of Innovation.”

“Going from 39K to 57K is a big jump for conventional BCS superconductivity.” – Prof. Jay Narayan

This work builds upon the Bardeen–Cooper–Schrieffer theory of superconductivity and includes depositing boron onto amorphous carbon, which changes the characteristics of the organic material. Using high heat and lasers, the organic material is transformed into a new material that is capable of high heat conductivity as well as the ability to repel other magnets instead of attracting.

“Going from 39K to 57K is a big jump for conventional BCS superconductivity,” says Jay Narayan, the John C. Fan Distinguished Chair Professor of Materials Science and Engineering at NC State and senior author of two papers describing the work. BCS refers to the Bardeen–Cooper–Schrieffer theory of superconductivity.

Regular conductive materials conduct electricity, but a lot of that energy is lost during transmission. Superconductors can handle much higher currents per square centimeter and lose virtually no energy through transmission. However, superconductors only have these desirable properties at low temperatures. Identifying ways to achieve superconductivity at higher temperatures – without applying high pressure – is an active area of materials research.

To make the boron-doped Q-carbon, the researchers coat a substrate with a mixture of amorphous carbon and boron layers. The mixture is then hit with a single laser pulse lasting for only a few nanoseconds. During this pulse, the temperature of the carbon is raised to 4,000 Kelvin and then rapidly quenched.

“This process increases the density of carrier states near the Fermi level,” relative to boron-doped diamond, Narayan says.

“The materials advance here is that this process allows a boron concentration in a carbon material that is far higher than would be possible using existing equilibrium methods, such as chemical vapor deposition,” Narayan says. “Using equilibrium methods, you can only incorporate boron into Q-carbon to 2 atomic percent – two out of every 100 atoms. Using our laser-based, non-equilibrium process, we’ve reached levels as high as 50 atomic percent.”

That higher concentration of boron is what gives the material its superconductivity characteristics at a higher temperature. Q-carbon is also significantly harder than diamond, as hardness and high-temperature superconductivity are directly linked through Debye frequency.

“Our findings have been reproduced by Marvin Cohen’s group at Berkeley (theoretically), and ORNL and Okayama (Japan) groups (experimentally),” Narayan says.

“There are already closed-cycle helium refrigeration systems designed for use with superconductors that can achieve temperatures easily as low as 10K,” Narayan says. “B-doped Q-carbon can handle as much as 43 million amperes per square centimeter at 21K in the presence of a two Tesla magnetic field. Since we have demonstrated superconductivity at 57K, this means the doped Q-carbon is already viable for applications.”

This material is based upon work supported by the National Science Foundation under Grant No. (NSF DMR-2016256, 1735695 &1560838). https://www.mse.ncsu.edu/news/high-temperature-supercondicity-in-doped-qcarbon

Abstract: We have achieved a superconducting transition temperature (Tc) of 55 K in 27 at% B-doped Q-carbon. This value represents a significant improvement over previously reported Tc of 36 K in B-doped Q-carbon and is the highest Tc for conventional BCS (Bardeen–Cooper–Schrieffer) superconductivity in bulk carbon-based materials. The B-doped Q-carbon exhibits type-II superconducting characteristics with Hc2(0) ∼ 10.4 T, consistent with the BCS formalism. The B-doped Q-carbon is formed by nanosecond laser melting of B/C multilayered films in a super undercooled state and subsequent quenching. It is determined that ∼67% of the total boron exists with carbon in an sp3 hybridized state, which is responsible for the substantially enhanced Tc. Through the study of the vibrational modes, we deduce that higher density of states near the Fermi level and moderate to strong electron-phonon coupling lead to a high Tc of 55 K. With these results, we establish that heavy B doping in Q-carbon is the pathway for achieving high-temperature superconductivity.

“Progress in Q-carbon and related materials with extraordinary properties”

Abstract: This paper summarizes our research related to Q-carbon and Q-BN and the direct conversion of carbon into diamond and h-BN into c-BN. Synthesis and processing of these materials are accomplished by nanosecond laser melting and subsequent quenching of amorphous carbon and nanocrystalline h-BN. Depending upon the degree of undercooling, molten carbon (or h-BN) can be converted into Q-carbon (or Q-BN) or diamond (or c-BN). The primary focus here is on the outstanding properties of these materials, including hardness greater than diamond, ferromagnetism, p- and n-type doping, NV nanodiamonds, high-temperature superconductivity in B-doped Q-carbon, enhanced field emission, superhard composite coatings, and future applications.

Abstract: We report high-temperature superconductivity in B-doped amorphous quenched carbon (Q-carbon). This phase is formed after nanosecond laser melting of B-doped amorphous carbon films in a super undercooled state and followed by rapid quenching. Magnetic susceptibility measurements show the characteristics of type-II Bardeen-Cooper-Schrieffer superconductivity with a superconducting transition temperature (Tc) of 36.0±0.5 K for 17.0±1.0 atomic percent boron concentration. This value is significantly higher than the best experimentally reported Tc of 11 K for crystalline B-doped diamond. We argue that the quenching from metallic carbon liquid leads to a stronger electron-phonon coupling due to the close packing of carbon atoms with a higher density of states at the Fermi level. With these results, we propose that the nonequilibrium undercooling assisted synthesis method can be used to fabricate highly doped materials which provide greatly enhanced superconducting properties. 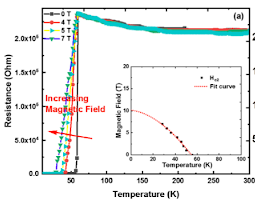