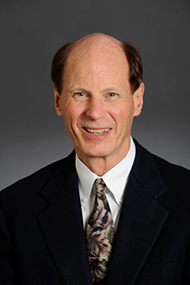 Dr. Davis is the John and Clare Bertucci Distinguished Professor of Materials Science and Engineering at Carnegie Mellon University. Prior to joining CMU, he was the Kobe Steel Ltd. Distinguished University Professor of Materials Science and Engineering at North Carolina State University from 1972 to 2004. He received his B. S. degree in Ceramic Engineering from North Carolina State University in 1964, M. S. and Ph.D. degrees in Materials Science and Engineering from The Pennsylvania State University and the University of California, Berkeley in 1966 and 1970, respectively. Professor Davis is member of the National Academy of Engineering, a Fellow of the American Ceramic Society and a member of the Materials Research Society and The Minerals, Metals and Materials Society (TMS). He has won numerous awards including the ALCOA Distinguished Research Award, the NCSU Alumni Research Award, the R.J. Reynolds and Alexander Q. Holladay Awards for Excellence in Teaching, Research and Outreach, Richard M. Fulrath Memorial Award, the Japan Fine Ceramics Association International Prize, the TMS John Bardeen Award, and the Oak Ridge National Laboratory Excellence in Publications Award. Teams of his student scholars have established several corporations including Cree, Inc. and the Nitronex Corporation as an outgrowth of the research they conducted under his direction. Dr. Davis has a named distinguished lecture series in the MSE Department at NC State University called the Robert F. Davis Distinguished Lecture where renowned scholars give lectures on various technical subjects.