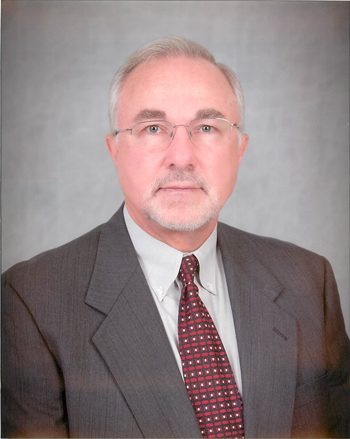 Mike received his MS, BS, and PhD from NC State.  He loved NC State.  Mike’s advisor was Dr. Ray Benson. Mike and Donna were married while he was an undergrad in the Department of Materials Science and Engineering at NC State.  Mike earned his post doc at Michigan Tech with Dr. Hubert Aaronson and worked at Republic Steel Research Lab in Cleveland, Ohio for 6 years.  Mike worked in the Metallurgy Department at University of Illinois for 14 years.  Mike became Department Head of Mechanical and Materials Engineering at University of Alabama before coming back to NCSU.  Sharon Myers wrote in her nomination: “We all knew that Mike’s dream was to go back to NC State.” From 1998 to 2009, Mike was department head of the Department of Materials Science and Engineering at NC State. Electron Microscopy was his specialty.  He continued as a professor until his passing in 2015.

Mike is known in the MSE department as a department head who was focused on helping faculty and students with their research and always had his door open.  He was a people focused department head.

As the online program emerged, Mike helped to develop the Materials Science portion of the Distance Education Program and with the MSE 500 course as the first online course within the department.  This course was expanded even further by Mike and it became of value to all Engineering students, not just MSE students.

Sharon Myers wrote the following in her nomination of Mike for the MSE Alumni Hall of Fame: “Mike has been an inspiration to me and many other students.  He made sure I could finish my MS even though I wasn’t located in Illinois anymore.  I know he helped smooth the way as I went on to NCSU for my PhD.  For the last last 28 years, in a much rougher Silicon Valley environment, I remembered Mike’s toughness and determination wrapped in a southern persona.  As an advisor, Dr. Rigsbee was clear, concise, helpful, fun, driven, and focused.  As a human being, I consider him a great man.  He is the epitome to me of how NC State can ground and prepare you for the future”