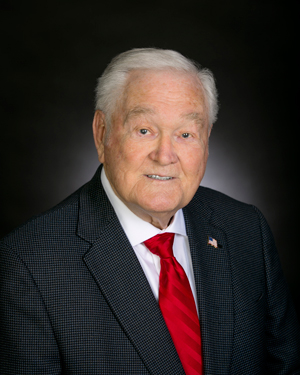 Paul, from Spruce Pine, NC attended two small liberal arts colleges for two years before entering the US Army and serving in the USA and Germany from 1954 to 1956. Armed with the G.I. Bill, he then enrolled at NC State and graduated with a BS in Geological Engineering in January 1959. He then enrolled at the University of Illinois and worked at the Illinois Geological Survey and earned an MS in Petroleum Engineering in June 1960. Paul then worked for Shell Oil Company in Houston and Corpus Christi, and then Denver as an Exploitation and Reservoir Engineer until he left Shell for Belco Petroleum Corporation in New York City in 1966. While working for Shell in south Texas, Paul was the Engineer in charge of the world’s largest Fracture –Treating job (on a deep gas well) at that time (1964). Current fracs are now commonly 100 times larger. At Belco, he became Vice President and General Manager of North American Operations in Houston with offices in Houston, Midland, Denver, and Calgary.

In 1975, Paul became President and Chairman of King Resources Company in Denver, a company in Chapter X bankruptcy, and attempting to re-organize under a Chief Federal Judge, a Trustee, and Paul operating the company. KRC had been the most active oil company in drilling in the US in 1969, and was considered to be the largest oil company bankruptcy at that time. The company was successfully re-organized in January 1977 and had successful drilling in New Mexico, offshore Texas, Wyoming, Montana, Dutch North Sea, and Gulf of Suez (Egypt/Israel). Control of the company was acquired by another oil company in 1978 after a year on to the board and formed Stewart Petroleum Corporation, a private company. He later merged the company with a public company and became active in drilling and production in Montana and North Dakota with oil prices increasing some 200% to $38 and then plummeting 75% to $10 per barrel.

He and his Geologist son, Daryl formed the new Stewart Petroleum and weathered the price crunch with acquisitions and careful exploration and development drilling and a significant shallow gas discovery in western Colorado. After 15 years, the company’s assets were sold to a Rocky Mountain electric utility and Paul has phased into semi-retirement while still investing in drilling with the company. With wife, Tina, and sometimes the whole family (11), they are managing to travel and enjoy seeing a goodly portion of the world.