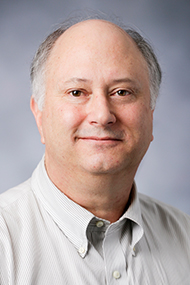 Dr. Palmour is one of the founders of Cree, Inc. He also is a College of Engineering Distinguished Alumni Award recipient. He currently serves as Chief of Technology for Wolfspeed, which is a spin-off of Cree, Inc., separating the company’s Power and RF business. He formerly served as Cree’s chief technology officer of advanced devices, which include wide band gap RF, microwave and power switching devices, and has been a member of the company’s board of directors since 1995. During his career, Dr. Palmour has authored or co-authored more than 266 publications and is a co-inventor on 46 US patents and 135 corresponding foreign patents. In 2013, he was named an IEEE Fellow. He has played an active role in driving research collaborations with NC State engineering faculty and students and has created a scholarship endowment in the MSE Department at NC State in honor of his father, a longtime NC State ceramic engineering professor.