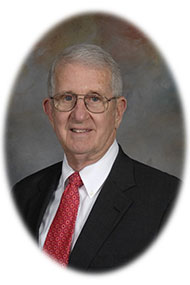 Mr. John J. Duplessis, Sr. is a native of Winston-Salem, North Carolina. John completed his undergraduate work at State in 1958 with dual BS degrees, Nuclear Engineering and Metallurgical Engineering. He was awarded a master’s degree in Metallurgical Engineering in 1960. His master’s program was under the direction of Dr. Hans Stadelmaier. While pursuing that degree, he worked for Hayne Palmour and Dr. W. Kriegel, the then Ceramic Engineering department head. In 1995, John was the recipient of the College of Engineering’s Distinguished Engineering Alumni award. He spent more than thirty years in the development and manufacture of high temperature alloys and permanent magnets with his employer, Crucible Materials Corporation. John has been an active volunteer within the community as he served the Boy Scouts, the Lions Club, missions, local churches, and Habitat for Humanity. John continues to be a loyal supporter to the MSE Department and College of Engineering. He served many years on the Department of Material Science and Engineering Advisory Committee. In 2010, he created the John and Kitty DuPlessis Scholarship Endowment in the MSE Department, and established planned gift of $120,000 and made an outright pledge of $25,000. Additionally, John was the lead donor among his alumni peers for the Materials Science Engineering Leadership Scholarship Endowment. He also consistently gives annually to strengthen his endowment. In 2016 the Governor of Kentucky presented him the Americorps sponsored Kentucky Commission on Community Volunteerism and Service Lifetime Achievement Award. John is married Kitty S. Berger in 1959 and together they have five children.