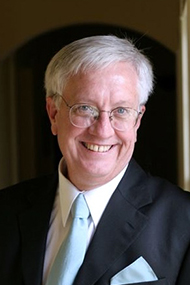 Richard Ricker entered North Carolina State University in the Fall of 1970 to study materials science and engineering where he earned his B.S. and M.S. degrees. While at NCSU, he participated in the cooperative education program working with NASA at the Marshall Space Flight Center on the Skylab and Shuttle programs. After graduation, he worked at the Babcock & Wilcox Company’s Lynchburg Research Center evaluating the performance of nuclear reactor components before attending Rensselaer Polytechnic Institute. At RPI he received a Ph.D. for his research into the mechanisms of corrosion fatigue in aluminum alloys in 1983. He then held a position at the University of Notre Dame before joining the National Institute of Standards and Technology (NIST) in 1986. At NIST, he held numerous positions including Corrosion Group Leader, Materials Performance Group Leader, Director of the NACE-NIST Corrosion Data Program, Program Analyst for the Director’s Office, Director of the National Rockwell Hardness Standards Program, and Senior Scientific Adviser for the Materials Science and Engineering Laboratory.
He also performed numerous special assignments including NIST Representative to the technical advisory group for a presidential initiative and to NASA’s MaterialsLab strategic planning team for research on the International Space Station. He has been active in a number of professional societies including TMS, ASM, ASTM, MRS, NACE, and Sigma Xi, and was a member of the Board of Trustees for Alpha Sigma Mu the international academic and professional society for the field of materials science and engineering. He is currently the Manufacturing Program Director for the Material Measurement Laboratory of NIST where he is best known for conceiving and directing a research program into the materials science of additive manufacturing (aka 3D Printing). He has organized over 40 scientific meetings, edited two books, and published over 75 scientific papers and 60 technical reports. He has made over 55 invited presentations at technical meetings, sat on 28 special committees or review panels, and co-authored two chapters for the ASM Metals Handbook (Stress Corrosion Cracking and Corrosion of Intermetallics).”