Our understanding of the fundamental interplay between underlying lattice symmetry and novel phases of matter has expanded significantly in recent years.  Inspired by these developments, we are interested in harnessing molecular beam epitaxy (MBE) to study quantum materials.  MBE is the “gold standard” technique for growing high quality films and heterostructures for electronic and photonic applications. We are interested in using epitaxial strain and broken symmetry, inherent to the abrupt heterointerfaces, to construct metastable quantum materials with enhanced properties for novel device applications. 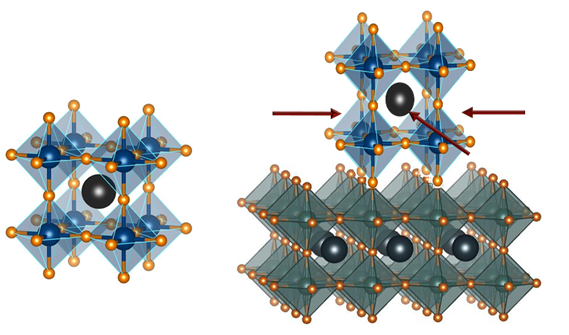 The discovery, characterization and classification of novel phases of matter have been the main goal of modern materials science. Landau’s approach, where states are characterized based on underlying spontaneously broken symmetries, is used frequently to classify phases of matter. Topology adds another labeling to Landau’s paradigm since, an insulator with a specific space group can be either topologically trivial or non-trivial. The intersection of non-trivial topology and emergent phenomena like superconductivity, magnetism and ferroelectricity, hosts some of the most exotic quantum states. For example, the intersection of non-trivial topology and superconductivity can possibly host non-Abelian topological excitations that can potentially be harnessed to build a quantum computer that is immune to environmental noise. The intersection of non-trivial topology and magnetism hosts some of the most exotic phases of matter, like axion insulator and quantum anomalous Hall.